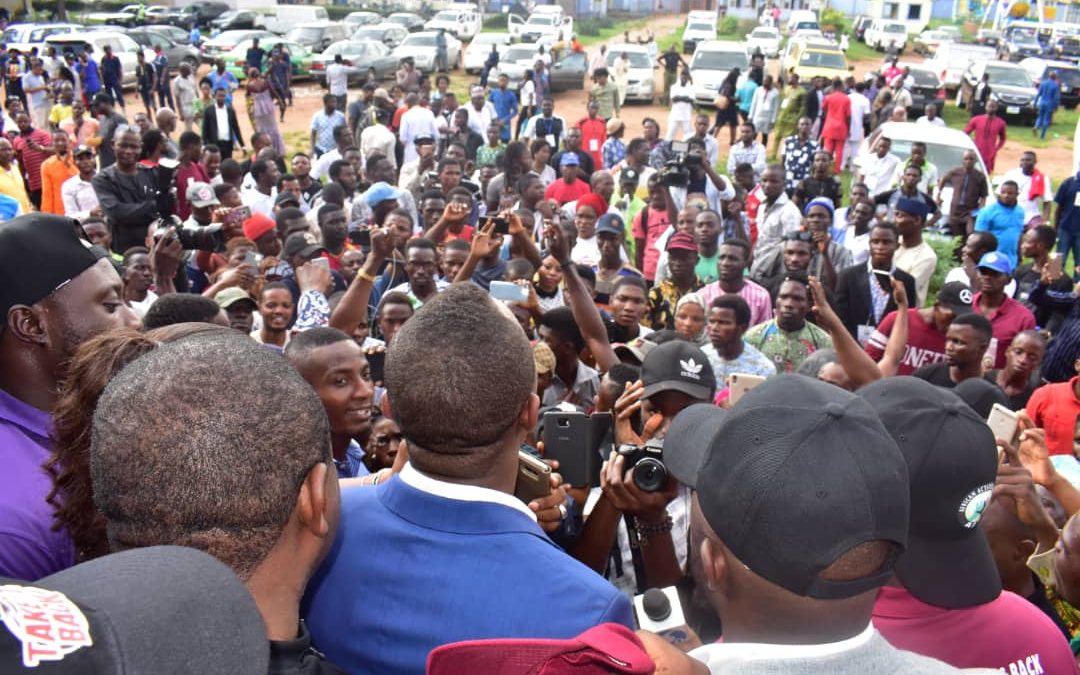 Presidential Candidate of the African Action Congress Omoyele Sowore has asked all Nigerians to collectively vote out leaders occupying elective leaders who perpetually enslave their followers by not paying salaries, building hospitals or equipping  schools for children. He made the call while speaking with thousands of supporters at a mega rally in Kabba, Kogi state.Sowore speaking on why he should be elected as President in February said “this is the time for young people to take power back from those who have abused it over the years.

We are fighting to ensure that everyone who is working for Nigeria earns a living wage of a 100 thousand Naira, we are fighting for your kids who are currently out of school to access education for free as well as health care because Nigeria is blessed with resources but thieves whom we have elected over the years keep stealing to take care of themselves and not you”. “Are you not tired of the suffering and poverty?” Sowore inquired As a thunderous “we are” rent the attentive silence.“It is time for Kogi people to say enough once and for all so that we can truly liberate Nigeria and become the leaders we were promised while we were in school.

The AAC is set to send the shameless fathers like Buhari who have refused to let go of power back to Daura. The roads here are terrible, its a sign that the people you have voted have failed you. They do not remember you save for election cycles when they bring a miserly four thousand naira and you never hear from them again. Vote for me come February 16 and watch Nigeria transform before your eyes” he added.The Kabba rally which was also attended by Vice Presidential nominee of the AAC, Dr. Rabiu Ahmed Rufai as well as party executives in the state kicked off the SoworeRufai2019  Middle Belt campaign rallies which will take the campaign caravan across cities like Kaduna, Plateau, Bauchi, Taraba, Gombe and Adamawa states as part of a 100 city tour ahead of the 2019 general elections.