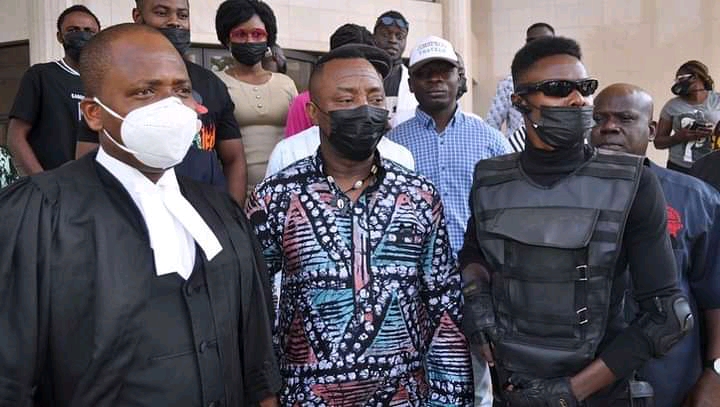 The court of appeal sitting in Abuja, on Monday, January 31, 2022, has reserved judgement in the case filed by Omoyele Sowore, convener of the Take It Back Movement and #RevolutionNow campaign, challenging series of stringent bail conditions that have restricted him to Abuja since 2019.

Recall that the former presidential candidate of the African Action Congress (AAC), was arrested by the Department of State Services (DSS) on August 3, 2019, following well-publicized plans of a nationwide #RevolutionNow protest.

The federal government, subsequently, charged Sowore with treasonable felony. He was however released from detention on the 24th day of December, 2019 after the regime violated two court orders granting him bail.

Since restricted to the city of Abuja, Sowore has been shot, brutalized and nearly assassinated at different instances by the Police and state sponsored armed hoodlums.

In the sitting on Monday, the case, FEDERAL REPUBLIC OF NIGERIA V OMOYELE SOWORE was presented before a panel of three judges led by Justice Tsammani. Counsel to the appellant, Deji Morakinyo, who held brief for Femi Falana, urged the court to allow the appeal and set aside the ruling of the lower court – Federal High Court. On the other hand, counsel to the Nigerian government, Bagudu Sani, asked the court to dismiss the appeal.

After listening to the submissions from both parties, Justice Tsammani reserved the judgement to a later date.

Speaking at the end of the court session, Deji Morakinyo said, “The appeal was argued. The parties adopted their respective case of argument. The matter was, thereafter, reserved for judgement. So we await the judgement of the court.”

In his own reaction, Sowore remarked, “We finally, today, got the appeal held after two years. When the first one was filed, it stood down with the technicality that one of the appellants didn’t sign the documentation involved. He couldn’t have known that because he was restricted to Osun state, and needed the permission of the court to travel. So we refiled again, and then while we refiled, then came Covid. Each time we came to this court, somebody had Covid or the courts were closed. We probably came to this court some three times and there was no hearing. It’s either the judges had conference or something happened. Finally, today we held it and the judgement date has been reserved.”