The Governorship Candidate of African Action Congress (AAC), Ogun State chapter has promised free education for all state tertiary institutions if elected as the next governor of the state.

The Eaglesforesight correspondent reports that Prince Harrison Adeyemi spoke in Ijebu-Ode on Thursday when he addressed the Ogun East delegates of the party to inform them of his plans.

The AAC Candidate said,” I have done in some parts of the state many projects and empowerment schemes and I will do it again if elected as the governor.

Harrison also said that he is aspiring to become the State governor without intending to make wealth, power or get fame but for the interest of the general populace.

According to him, his pre-occupation as  governor of Ogun State if elected would be to industrialize the gateway state and as such provide employment for the youths in the state.

Speaking further, he recognized  the need for ensuring social justice, equity and fairness in the state and Nigeria at large.

Adeyemi also pledged to stem the tide of the insecurity, illiteracy, poverty, militancy and kidnapping, among other social ills.

On what to expect if the party takes over power in 2023, Adeyemi said, “we will declare free education for all the state tertiary institutions by the time AAC candidate takes over to resume office at Oke-Mosan.

“Illiteracy is a major problem to any society and this government has made it difficult for Nigerians to have smooth educational policy talk more of paying school fees.

“We are working with our economic team to develop models to jack up the revenue profile of the state when we take over.”

”The current problems of the state are indeed very surmountable and I promise to do my best to improve the situation of the state,” he promised.

The  Chairman of the party in the state, Mr Adesina Afolabi who also spoke to the press, said that Adeyemi’s visit to Ijebu-Ode was a home coming.

The chairman stated that Harrison Adeyemi is electable due to his sterling qualities, promising that people of Ogun East senatorial district  from the state will vote for him.
source: eaglesforesight 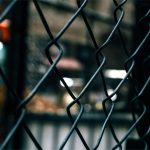 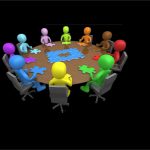